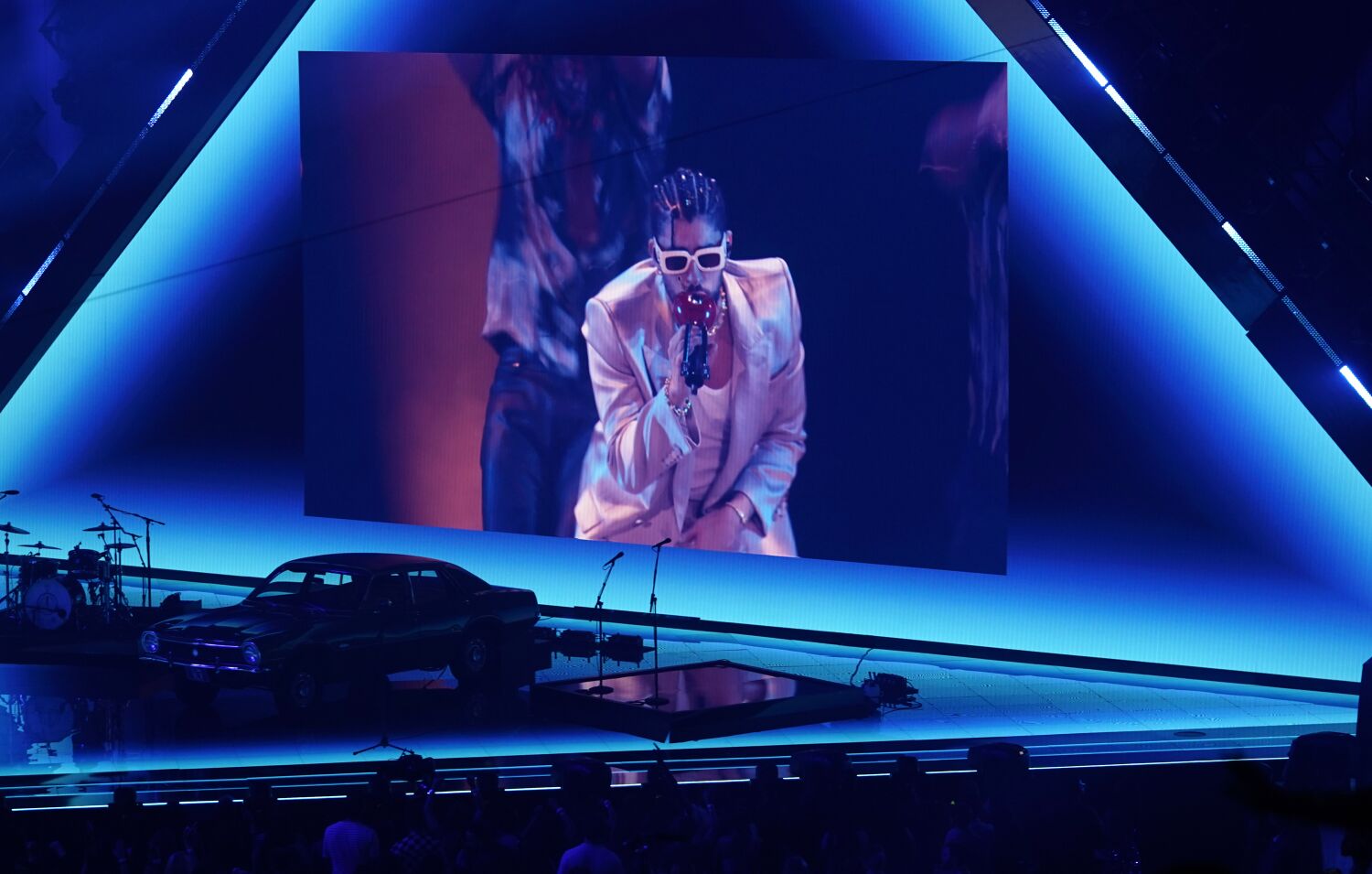 Some Astros fans are complaining about concerts being held at Minute Maid Park during baseball season after Bad Bunny’s World’s Hottest Tour recently stopped in Houston. Many pointed out that entertainment events have long left baseball diamonds worse for wear and questioned Minute Maid’s decision to host them between games.

After the global reggaeton sensation performed in Houston last Thursday and Friday, several people shared photos on social media of patchy, discolored grass in the outfield of Minute Maid Park. Though some were quick to blame Bad Bunny and his fans for the field conditions, Twitter user @demorizi_eudy argued that “This is not bad bunny’s fault this is minute maid’s fault,” while Twitter user @lucianocota91 contended that “The stadium should’ve never agreed to hosting it during a Season anyways.”

“This has been my hot take for years,” tweeted @zchodur. “Don’t have concerts at baseball stadiums!!”

“The outfield at Minute Maid Park looks like a practice green at a mediocre at-best municipal golf course,” tweeted @BLima790. “Stop having concerts on the field during the season.”

“Not sure [why] MLB teams keep letting concerts happen on their fields during the season but here we are,” tweeted @trelyday23. “Although I will make an exception for Bad Bunny.”

One person remembered an Elton John concert having a similarly adverse effect on Progressive Field, home of the Cleveland Guardians. And Chelsea Janes, a baseball reporter for the Washington Post, recalled a Taylor Swift show causing problems for Nationals Park, home of the Washington Nationals.

A few suggested that the Minute Maid diamond simply isn’t as sturdy as other fields that have been able to survive major events mostly unscathed. But others braced themselves for the Lady Gaga tour coming to Minute Maid in less than a week.

“The outfield at Minute Maid Park looks awful after Bad Bunny played two shows here last weekend,” tweeted Chandler Rome, a baseball reporter for the Houston Chronicle. “Lady Gaga is playing here on Tuesday, too, which will only complicate matters. Would still see the show tho.”

“This is like 5th time I’ve seen a concert ruin a baseball field this year lol,” tweeted @Nosbleednerds.

Many were unbothered by the state of the field, reminding “all these people pressed over some grass” that the diamond would likely recover soon anyway.

“They have concerts all summer at Wrigley Field,” tweeted @ScottH827. “I don’t see Cubs fans complaining. It’s grass it will grow back.”

“It’ll be brand new in a week,” tweeted @ma_double. “Folks got jobs cause of Bad Bunny and their decision to have concerts in season.”

Following back-to-back shows in Houston, Bad Bunny is scheduled to play the Alamodome in San Antonio on Wednesday night before heading to Dallas, Oakland and San Diego.