Lady Gaga crashes through the surface at Chromatica concert 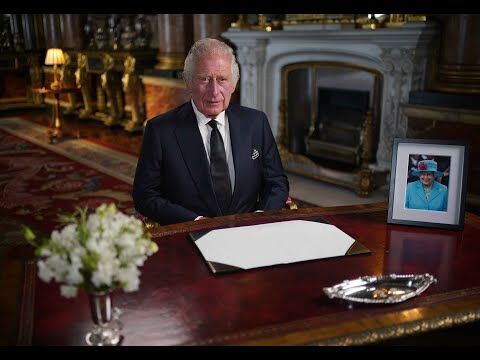 Britain’s newly named King Charles III returned to London from Scotland on Friday to address the nation for the first time as its monarch.

The speech comes at the close of the nation’s second Elizabethan Age, and as Britons face an energy crisis, soaring costs of living, the effects of the war in Ukraine and the fallout from Brexit, the Associated Press noted.

The address will be televised and carried across all major channels and TV networks in the U.K., as well as many in the U.S. BBC One will carry the address on all of its news channels, as well as ITV, Channel 4, Channel 5 and Sky News.

The king’s speech (not to be confused with the Oscar-winning 2010 film) will also likely be streamed on the royal family’s official social media accounts and YouTube channel, where Charles’ public movements have been streaming all day. Tech giants Facebook and Twitter are also expected to stream the address on their platforms.

Following an extended session in Parliament on Friday morning that paid tribute to the late queen, Lindsay Hoyle, the speaker of the House of Commons, announced the king’s speech , Variety said. Regular business in Parliament has been suspended and lawmakers will spend two days offering their memories and reflections on the queen, according to the Associated Press.

Senior lawmakers will also take an oath to King Charles III, who is scheduled to have an audience with Britain’s new Prime Minister Liz Truss on Friday. Truss, formerly Britain’s foreign secretary, was officially appointed by the queen Tuesday.

Buckingham Palace confirmed that Charles will officially be anointed king on Saturday at 10 a.m. local time (2 a.m. Pacific) at St. James’s Palace in London. The Accession Council — a ceremonial body comprised of past and present senior politicians, as well as Commonwealth high commissioners and others, and the lord mayor of London — will preside over the ceremony.

The palace on Thursday referred to the former Prince of Wales as “The King” and his wife, Camilla, as “The Queen Consort,” signaling that the line of succession had already been activated.

A formal coronation at Westminster Abbey will follow, though it remains unclear when. Queen Elizabeth II succeeded her father, King George VI, immediately after his February 1953 death, but her formal — and televised — coronation did not come until June 1953.

About an hour after the queen was announced to have died “peacefully” at her Balmoral estate in Scotland, Charles released his first public statement as king and later confirmed that he would ascend the throne with the name Charles, as opposed to changing it in the manner of some of his preceding relatives.

“The death of my beloved Mother, Her Majesty The Queen, is a moment of the greatest sadness for me and all members of my family,” he wrote in a statement.

“We mourn profoundly the passing of a cherished Sovereign and a much-loved Mother. I know her loss will be deeply felt throughout the country, the Realms and the Commonwealth, and by countless people around the world,” he said. “During this period of mourning and change, my family and I will be comforted and sustained by our knowledge of the respect and deep affection in which The Queen was so widely held.”

After arriving in London, Charles was driven to the royal residence in an official Bentley, the Associated Press reported. A large crowd cheered as the car arrived at the palace gates, where he got out to greet well-wishers and look at some of the floral tributes placed outside for his mother.

Several shouted, “God save the King!” and a few broke into a rendition of the latest version of Britain’s national anthem, which is now titled “God Save the King.”

Review: Keith Jarrett at his peak on ‘Bordeaux Concert’