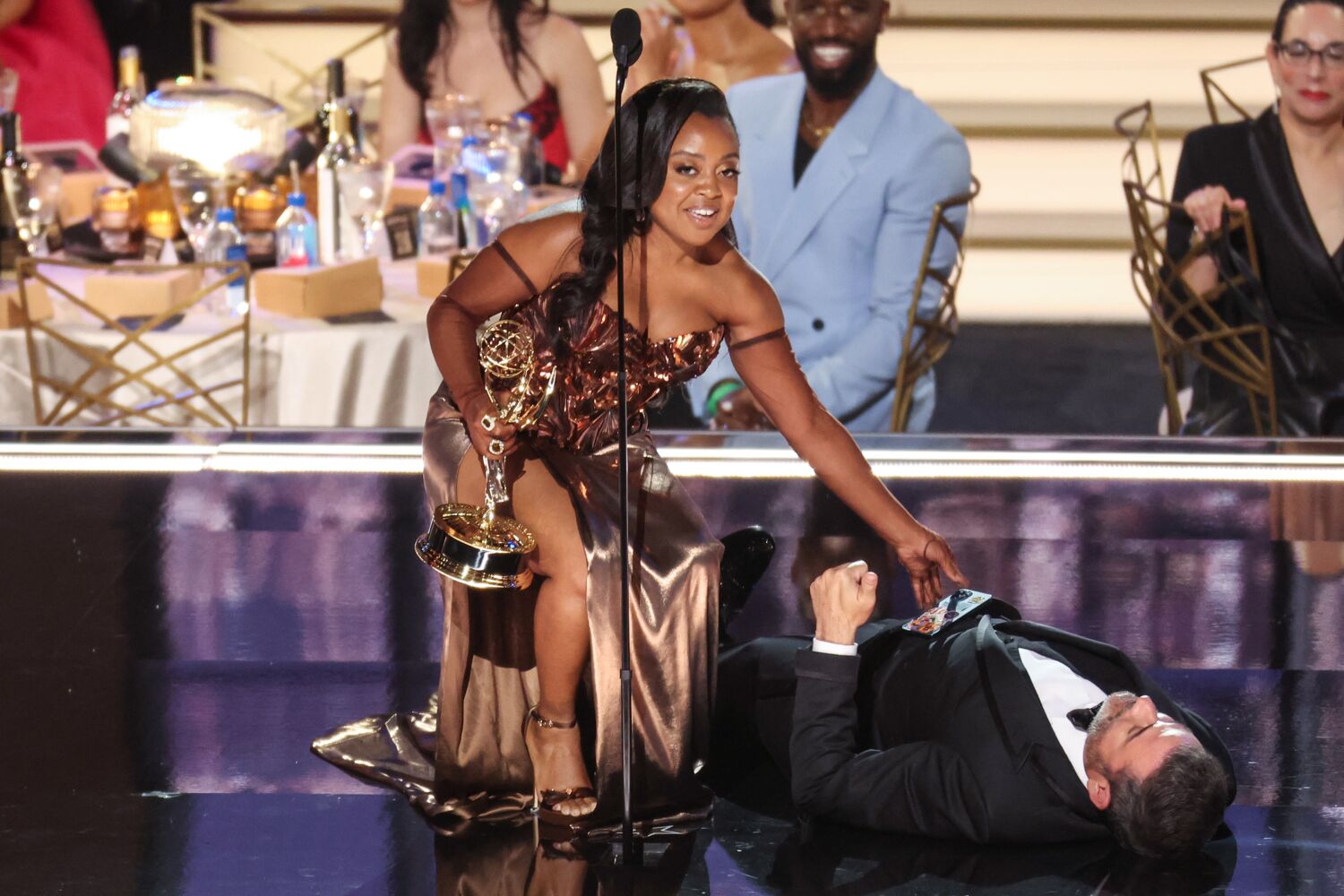 Jimmy Kimmel might have thought playing dead at the 74th Emmy Awards was funny, but Twitter is not laughing.

On Monday, the late-night TV host pretended to be a dead body, dragged onstage by actor Will Arnett, to present the Emmy Award for comedy writing. But when “Abbott Elementary” creator and star Quinta Brunson went up to accept her first-ever Emmy, she had unexpected — and unwelcome — company lying at her feet.

Brunson played along with the gag, saying, “Jimmy, wake up, I won.” She even asked him to hold her phone, and he obliged with a thumbs-up — but then stayed on the floor. Brunson thanked him at the end of her speech.

Speaking to press backstage, Brunson elaborated on the situation, not yet realizing the moment had gone viral.

“I felt like the bit didn’t bother me that much,” she said. “I don’t know what the internet thinks!

“Honestly, Jimmy gave me my first late-night spot and was one of the first people to see ‘Abbott,’ and he Instagram messaged me that he saw this comedy and thought it was one of the greatest comedies of all time and he was so excited it was going to be on ABC,” she added.

“So I think in that moment, I was just really happy that it was Jimmy up there! I’m a huge fan of Will Arnett, so I was wrapped up in the moment.”

Brunson said she might get back at Kimmel for the Emmys farce.

“I’m gonna be on his show on Wednesday, so I might punch him in the face,” she quipped. “I don’t know. We’ll see what happens.”

“jimmy kimmel laying on the floor while quinta has her moment is extremely irritating,” tweeted editor Connor Perrett.

Another user said that Brunson “deserved better than” having Kimmel’s “dead” body at her feet. Another tweeted that Kimmel — who has hosted the Emmys several times, most recently in 2020 — “deserves” the online backlash he sparked.

Another Twitter user noted that Kimmel’s actions will have lasting consequences.

“Jimmy Kimmel owes Quinta an apology but the messed up part is every image of her accepting her award has his a— in it,” tweeted theologian and author Candice Marie Benbow.